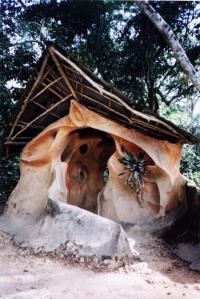 Long ago, when the Earth was still very young, Olodumare sent 17 chosen Irunmole to Earth. Before they started their journey from the Heavens to Earth, they met with Olodumare to hear their task.
Olodumare, with Her powerful voice, said to them, “You have all been chosen especially for this mission. Earth is now very young and new. I am sending you all to go and make it flourish with good things. For this to happen, you must all work together. When everything is good, report back to me.”
Among the seventeen Irunmole, the only female was Oshun. The other sixteen male Irunmole thought little of Oshun. Because she was very beautiful they thought that she was much too delicate for such a task. When the seventeen Orisha arrived on Earth they quickly started to get to work. They had brought their machetes, axes, hammers, and other gear. Oshun saw this and pulled out her comb, her mirror, her fan, and her sweet jar of honey. They laughed at the sight of her tools and said to her “Oshun, do not worry yourself. Go home to do your womanly things. We can handle this task without you.” Rejected and hurt, Oshun ran away. But she did not go back home, she hid in the forest. Nature flourished around her and she made a beautiful home for herself, away from those who did not appreciate her or her sacred, divine attributes.

Many months later, the other sixteen Orisha were struggling. Everything they did was going wrong. Whatever was built up, would fall down. Rain had not fallen to nourish the Earth in a very long time. Sickness was spreading around rampantly. The entire world was a great mess. Soon Olodumare called for them to return to Her. When they arrived they hung their heads down in shame. Olodumare counted them — there were only sixteen of them. “Where is Oshun?” Olodumare asked the Irunmole.

“We have failed you! We sent Oshun off and everything we did after that, it was unsuccessful.”
Olodumare nodded as She understood the true root of the problem. “You must find Oshun and beg Her for forgiveness. Only Oshun can change the misfortune that has come upon Earth”
The sixteen Orisha immediately headed back to Earth and searched for Oshun. They searched day and night. When they finally found her, deep in the forest, their jaws dropped at Her beauty and the beautiful home She had made for herself there. They saw Oshun coming back from bathing in a nearby river and they dropped to the ground, bowing in Her majestic presence. “Please Great Oshun, Ore Yeye O, we bow to you and beg you for your forgiveness. Please come with us, help us to make the world as healthy and happy as you have made the home for yourself here in the forest. “
Oshun let them beg for a while while she thought to herself before she gave her response. She said that she was now pregnant and they must beg to their own Ori and The Creator, Olodumare, that the child she delivers will be a male. She said that if the child is a male, all matters in the world will be well. But if the child is a female, there will be war and destruction. They used their powers to peer into her womb, and they saw that the child was to be born a female. ‘
They were distraught. They began to pray. Orunmila, the Father, then pointed to Oshun’s womb with his Ado Asure (Calabash with the power of blessings) and declared that the child would be a male. Just as Orunmila declared it, immediately the fetus changed and became a male.
When the child was born, Orunmila held the child close. At Esentaye on the 3rd day after birth, Orunmila divined for him and Ifa named him Osetura. He took Osetura with him everywhere he went, including him on all spiritual missions and endeavors. It became so that whenever Ifa rituals were performed, Osetura would need to be invoked. If any person was suffering from illness, as soon as Osetura came and touched the person, that person would be well instantaneously. Everything then that they built stood very strong. The rivers filled, the trees grew, and everyone was healthy and happy. They were all dancing and rejoicing, giving eternal praise to Oshun, Orunmila, and Osetura.
Olodumare looked and saw this and She was very happy. Not just because the world was good, but because the Orisha had learned to respect and honor each other, for all of them were special and only together could everything be good. And most importantly that the male Orisha had learned to respect and honor the female Orisha, and had learned that without honor to women, nothing will ever be prosperous or even possible. Oshun was proud and very happy that her son was deeply involved in the good work of Ifa. It was then proclaimed:
“From today on, all women without any exception,

But all other things
you are doing

His or her pounded yam will not be smooth

We will involve Oshun in all our deliberations.

Who is performing a sacriﬁce

Without involving the owner of sacriﬁce
Oshun whose other name is Ewujı
We are all on our knees.
We are all begging you

Let us all kneel and prostrate before women

[Reference: The Bag of Wisdom: Osun and the Origins of the Ifa Divination by Wande Abimbola]
About the Author: Apetebi Oyaseye Fakayode was born and raised in Santa Rosa, CA. She is a very devout worshiper of the Orisa, especially Orisa Oya. She and her husband together founded and run Oyeku Ofun Temple, a traditional Ifa and Orisa temple. She is a talented artist, bead-maker, seamstress, and craftswoman. Also, she is a loving wife and mother. She currently resides on the beach in Northern California with her family.
Photo of Author: 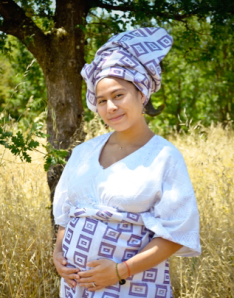 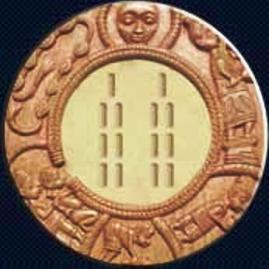 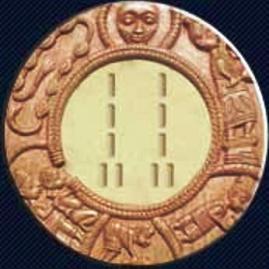 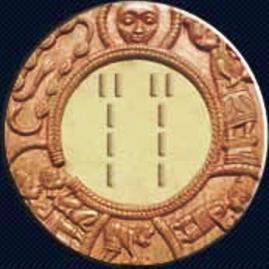 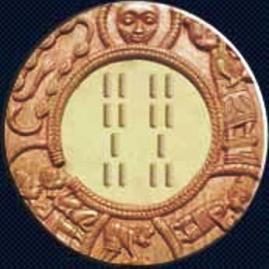