THE Annual Agbonniregun Festival took place, as usual, in Ile-Ife at Orunmila Temple, Oke Itase on Saturday, June 1, 2013. Ifa was consulted in order to usher in the new Ifa Year and at the same time determine for the coming year has in stock for Ifa/Orisa devotees and all mankind in general. During the Ifa consultation, Oturupon Isokun (Oturupon Irosun) was revealed. Ifa foresees ire aiku for all devotees. Ebo riru will manifest the ire as predicted by Ifa.
I II
I II
II I
II II
OTURUPON IROSUN
Ifa enjoins all individuals or groups born by this Odu either during ikosedaye or itenifa to offer ebo with two hens, and money. They also need to feed Ifa with one mature she goat and invite many people to celebrate with them.

MAIN MESSAGES OF THE ODU FOR 2013/2014.
1. Ifa says that this annual ceremony shall bring progress, success, achievement and overall wellbeing for all Ifa/Orisa devotees this year. There will be the need for us to celebrate our success and achievements more than what we achieved in the previous years. Ifa advises each temple, community, group or individual to offer ebo with four pigeons, four guinea-fowls and money. They also need to have Ibeji icon and celebrate its ceremony in a comprehensive way this year.

2. Ifa says that we shall be blessed with ire at home and from outside the localities where we reside. Ifa assures us that we shall become highly respected and respectable people within and outside our localities. Ifa advises us to offer ebo with two pigeons, two ducks, two guinea-fowls and money. We also need to feed our individual Ori as recommended by Ifa.

3. Ifa says that this Odu is also very good for mate selection. Ifa says that marriages shall succeed and be very fruitful this year. Those who marry this year shall enjoy compatibility with their spouses this year. Ifa advises those intending to get married this year to offer ebo with four rats, four fish, two hens and one mature she goat each. Two rats, two fish, one hen shall be used to feed Ifa.

4. Ifa says that it foresees the ire of prosperity for Ifa/Orisa devotees this year. They will be wealthier than ever before. Ifa advises all devotees to be more prayerful and more dedicated to their respective professional callings and all shall be well this year. Ifa advises each of us to offer ebo with two pigeons, two guinea-fowls and money. Each of us also need to feed Ifa with four rats and four fish. There is also the need to feed Aje with one white pigeon, ekuru and honey.

5. Ifa advises all Ifa/Orisa groups to offer ebo in order for the groups to continue to increase in number. Ifa says that the number of devotees is too small when compared to other spiritual groups. Ifa says that we need to make conscious efforts to increase the number of Ifa/Orisa devotees this year and at the same time, ensure that quality of spirituality is not compromised. The ebo materials here are two mature rams and money. One of the two rams will be used to feed the ancestors. They also need to feed Ibeji as prescribed by Ifa.

Translation
Oturupon sokun
F’agada lami
Ifa’s message for the inhabitants of Isokun
When they were not more than 20 in number
They were advised to offer ebo
They complied
Before long, not too far
Come and join us in the midst of all Ire of life

6. Ifa advises all Ifa groups or communities the world over to offer ebo against multiple deaths in quick succession. Ifa warns that there is going to be a higher rate of natural disaster this year as compared to that of the previous year. There is the need for all Ifa and Orisa devotees to take more active part in finding solutions to the problems plaguing their respective communities. It is obvious that the present solutions being found to societal problems have failed woefully. There is therefore the need for all Ifa and Orisa devotees to bring original solutions which only Ifa can provide to save the societies where they live. The ebo materials here are two mature rams, two mature he-goats and money. One of the he-goats will be used to feed Ogun while one the two rams will be used to feed Oro. Part of the second he-goat that was used to offer ebo will be used as Ipese for Obaluaye. This is in order to prevent malevolent spirits from entering their midst.

7. Ifa says that one of the causes of multiple deaths this coming year is most likely going to be flooding and large bodies of water overflowing their banks. This is the reason why those living close to where there is large expanse of water, especially oceans and lagoon will feel the impact of the threat more than any other groups. It is therefore in their best interest to reconsider their location and make adequate plans for such contigencies this oncoming year. Ifa advises us to offer ebo with two he goats and money. One of the he goats will be used to feed Esu Odara.

8. Ifa advises each peson or group to ensure that one project is successfully completed first before embarking on another. This is in order to avoid failure and unconsummated fortune. Ebo materials; three pigeons, three roosters and money.

9. Ifa says that many Ifa/Orisa devotees shall be placed in leadership positions this coming year. Ifa assures them that if well handled, they will become the favorites of many people for the rest of their their lives. Ebo materials here are two pigeons, two guinea-fowls, two ducks and money.

Translation
The inside is agreeable, and the outside is equally agreeable
Ifa’s message for Oore
Who will become the king of all Mats
She was advised to offer ebo
She complied
Travelers to Ipo and Ofa towns
Come and join us in the midst of all ire of life

10. Ifa warns all devotees to be very careful in the way that they tell their stories. Even though everything that they are saying will be the truth, unfortunately this truth will very offensive to many people, because it will bring them ridicule and makes them very uncomfortable. This may lead the speakers of the truth to find it difficult if not totally impossible to achieve their ambitions in life. It may also lead to a situation where they will be segregated and discriminated upon in the community. Ebo materials; two roosters, two hens and money.

Translation
Excessive knowledge of history is it that leads a bird to sleep inside the forest
Ifa’s message for Adaba suusuu, the Dove
When going to abuse the inhabitants of Isokun as slaves
Otun Isokun is a slave
And Osi Isokun is also a slave
She was advised to offer ebo
She refused to comply
She was then driven out of the town
After this she was saying
Otun Isokun they were all behaving like kings
And Osi Isokun they too are behaving like kings
They said that she had already called them slaves
She must remain in the forest where she was
All Ifa devotees
Let those advised to offer ebo do so accordingly 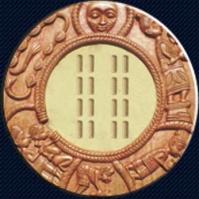 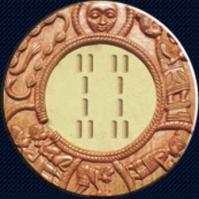 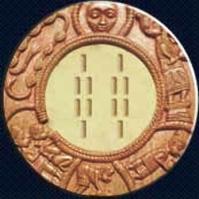 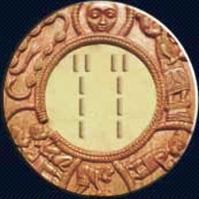 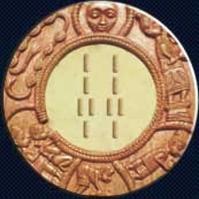